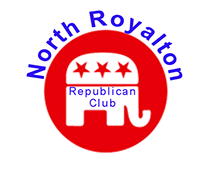 I am the President of the We the People Convention and the Ohio Citizens PAC and the Executive Director of the Portage County TEA Party. 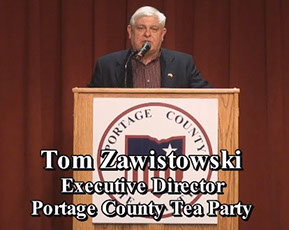 “Tom Zawistowski, is the CEO and Founder, with his wife Nanette, of TRZ Communications, a 34 year old technology company based in Akron, Ohio.  In 2009 he was one of the founders of the Portage County TEA Party, for which he became the Executive Director in 2010, a position he still holds.  Under his leadership, the Portage County TEA Party became one of the most successful liberty groups in Ohio with over 2,600 members.

In 2011, Tom was nominated by liberty leaders around the state to head a group volunteers that was challenged with the task of putting on the first ever state convention for liberty minded citizens.  He and his committee, which included his wife Nanette, pulled together in less than six months the highly acclaimed "We the People" Convention which was held at the Columbus Convention Center during the 4th of July weekend. The event was attended by over 1,000 Patriots and featured over 40 breakout sessions and speakers such as Herman Cain, Dick Morris, John Fund and Jenny Beth Martin. The 2nd We the People Convention was held on June 29-30th, 2012 at the Ohio State Fairgrounds in Columbus and sold 1,100 tickets. The convention is now going into its 7th year.

Shortly after the first We the People Convention, Tom was asked to become, and accepted the position of being, the second President in the History of the Ohio Liberty Council, now the Ohio Liberty Coalition. The OLC is a state-wide organization that coordinates the efforts of Ohio’s 150+ local liberty groups in the pursuit of individual liberty and Constitutionally limited governance. As President, Tom played a role in the passage of State Issue 3 in 2011 which prohibited Ohio from forming an Obamacare State Health Care Exchange.

In the spring of 2013, he became a focal point of the IRS "Targeting" scandal after having told the IRS in 2012, as President of the OLC and Executive Director of the Portage County TEA Party, that his organizations would not comply with their demands for information in exchange for getting tax exempt status.  Zawistowski appeared on FoxNews numerous times and was interviewed by nearly every major newspaper, TV network and radio network in the country about the inappropriate actions of the IRS. Through his leadership the OLC was granted it’s tax exempt status in December of 2012. Zawistowski was the lead plaintiff in the two on-going class action law suits against the IRS both of which were won in 2018 with TEA Party groups being awarded $3.5 million in damages. 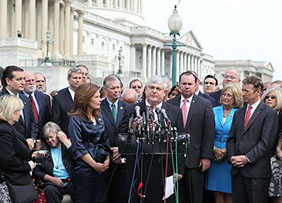 He has been recognized as one of the top liberty group leaders in the nation for his efforts to defend the legal right of Liberty groups across the nation to be granted 501(c) 4 tax exempt status by the IRS.  He has worked closely with nearly all of the major national conservative organization as well as conservative groups within Ohio.

Zawistowski resigned as OLC President in January of 2013 to focus on running the Portage County TEA Party and the We the People Convention. He launched a radio show in August of 2013 on WHLO 640 AM in Akron called “TEA Party Talk with TomZ” and then a subsequent show called “Talking Trump with TomZ” both of which had a state wide listening audiences. He also started the Ohio Citizen PAC which has successfully helped to elect state central committee members and conservative representatives in Ohio.

Zawistowski led the state wide efforts to elect Donald Trump in 2016 in Ohio. He and his coalition were successful despite the efforts of “Republican” Governor John Kasich and the Ohio Republican Party to sabotage Trumps election in Ohio.”